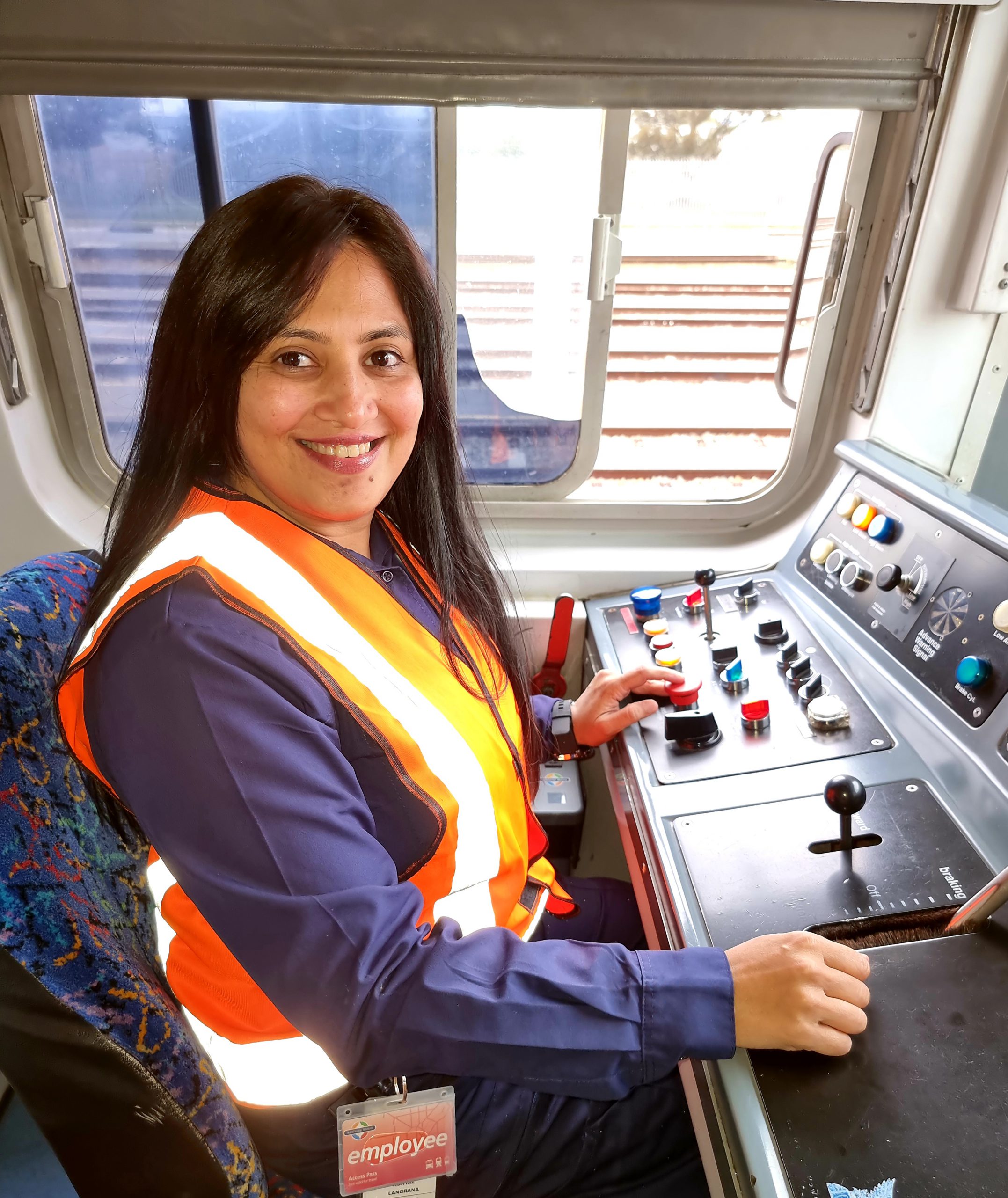 Women are leaving their jobs in other sectors to move into rail and make up 24 per cent of drivers training to transport passengers across Adelaide’s six lines and 89 stations, totalling 132 kilometres.

After 20 years working in retail, it has been a midlife career change for Trainee Train Driver Amanda Hickman, who is now fulfilling a long time passion for rail.

“As a teenager, I became interested in steam trains and worked as a volunteer cleaning rolling stock. I later became a driver of a small steam locomotive at the National Railway Museum at Port Adelaide and even supported steam train crews interstate.

“It was a hobby I really loved and as I continued moving up the ranks in retail, I even earned my certificate to become a qualified steam train driver.

“My partner is a train driver and I have seen first-hand how fantastic the role is for him in providing job security, a great income and importantly, helping passengers arrive safely at their destination every day.

“I have found my customer service and leadership skills as a retail worker really complement the role of a train driver – your passengers are your customers.”

To become a train driver, there is class study, as well as simulator and real track experience – all part of an intensive 34 week training course.

Amanda graduates in February this year and she can’t wait!

“I certainly don’t mind shift work and it’s great to be part of a team where your main purpose is to provide a safe, reliable and comfortable journey for everyone onboard.”

Kuntal Langrana, has been an Adelaide train driver with Keolis Downer for nearly a year, after working almost two decades in the aviation industry, along with a stint in light rail.

“I have travelled on trains a lot as a passenger and to now be a driver and switch careers in my 40s, is something I’m really proud of. I really love the stability of the role which gives greater certainty for my family,” Kuntal says.

“I enjoy seeing the kids smiling faces as they wave to you from the platforms and importantly, just knowing you’re helping people get to their destinations safely, makes it all worth it.”

Keolis Downer Adelaide Managing Director Robert Tatton-Jones says the company is committed to improving the daily travelling experience for all passengers and its employees.

“It’s really important we represent the community we service and it’s great more women are considering a career in rail and moving across from a wide variety of other industries,” Mr Tatton-Jones says.

“There has never been a better time to explore a career in the transport industry as we work towards increasing public transport patronage to get more people out of their cars and onto buses, trains and trams.”

Amanda and Kuntal both admit it’s the best thing they’ve ever done becoming train drivers and             they’re really glad they found the courage to do it and switch careers.

Keolis Downer is a leading operator of public transport services in Australia. With 5,900 employees and a presence in five states, Keolis Downer enables 350 million passenger journeys per year. We operate and maintain the Adelaide Metro train services, the largest tram network in the world in Melbourne (Yarra Trams), the light rail network on the Gold Coast (G:link), and 1,000 buses in  NSW, Western Australia, South Australia and Queensland.

Established in 2009, Keolis Downer is a joint venture between Keolis, a leading public transport operator established  in 15 countries, and Downer, the leading provider of integrated services in Australia and New Zealand.