Melbourne’s tram network is the largest in the world and arguably the most iconic feature of a city known for its culture, food and wine, events and multiculturalism.

Trams are the lifeblood of Melbourne, and the tram network provides an essential service to the residents and visitors of the world’s most liveable city.

Trams are the primary mode of public transport for inner suburban residents, and they connect Melburnians with employment, social, cultural and educational activities. The trams also provide vital connections with train and bus services, creating one of the largest transport networks in the world.

Many cities in Australia (including Sydney) and around the world removed their tram networks in the 1950s and 1960s as the rapid rise of affordable, private cars seemed to signal the death knell of trams. Melbourne’s planners resisted this push and instead invested in the network to expand it, including in recent times as the CBD has moved westwards to the Docklands.

More than 200 cities are now recreating, building or planning tram networks. If the Melbourne network were to be rebuilt today, it would cost more than $20 billion and take several decades to complete. In this context, the Melbourne tram network should be seen as an irreplaceable public asset to be embraced and developed further.

Keolis Downer, as current custodian of the network, is an organisation built on the values of zero harm, thinking like a passenger, continuous improvement and respect for people. These values are supplemented by the principles of trust and fairness that guide all of our decisions.

Trams are the primary mode of public transport for inner suburban residents, and they connect Melburnians with employment, social, cultural and educational activities. The trams also provide vital connections with train and bus services, creating one of the largest transport networks in the world.

Keolis Downer has embarked on a journey to improve public transport in Newcastle. Under a new 10-year contract, we are now responsible for designing and operating Newcastle Transport bus and ferry services and for the opening of the Newcastle Transport Hub in the heart of the city.

Keolis Downer is delighted to partner with Transport for New South Wales (TfNSW) to deliver positive public transport outcomes to the local communities in the Northern beaches and the Lower North Shore.

The Gold Coast light rail G:link is the newest light rail in Australia and the first in a greenfield site. It runs the spine of the famous Australian holiday destination coastline. It is also the first piece of public transport infrastructure in Australia with funding contributions from three levels of Government.

Hornibrook operates public and school bus services on the Redcliffe Peninsula adjacent to the magnificent Moreton Bay in Brisbane’s northernmost reaches. We service the train stations at Sandgate and Petrie to give our customers access to the vast Queensland Rail (QR) network and also operate services from Redcliffe into Brisbane city.

Adelaide Metro Rail carries 15 million passengers every year and services 89 stations. Our vision is to deliver sustainable, revitalised train services for the people of metropolitan Adelaide and its visitors. Keolis Downer brings a strong focus on safety and customer service through its Zero Harm and Think Like a Passenger values.

Through Southlink and LInkSA, Keolis Downer plays a key role in South Australia’s vibrant tourism industry. We operate commercial services for events such as the Day on the Green, service the growing cruise ship market out of Adelaide and move fans to and from the Adelaide oval for sporting and cultural events.

Melbourne’s tram network is the biggest and oldest in the world, and Melbourne trams are arguably the most iconic feature of a city known for its culture, food and wine, events and multiculturalism.

Melbourne has more than 1,750 tram stops and carries more than 200 million passengers every year across its 450-strong fleet of trams. It can be useful to focus on just one of the city’s tram stops to see the importance of the network. The story of the Federation Square stop shows the vital role played by the tram network in keeping Melbourne moving and connected.

The Federation Square stop is the busiest in Melbourne, with a tram passing almost every minute and catering for 22,000 passengers each day. Passengers using the stop are connecting to the rail network at Flinders Square, numerous activities along the Yarra River which runs below, and the city’s educational institutions. They also make up some of the more than 439,000 people that work in the CBD.

One of the challenges in managing the world’s largest tram network is traffic priority. Seventy-five percent of the network is currently shared with other road traffic. Increasing road traffic and the resulting congestion inevitably lead to a slowing in the average speed of Melbourne’s trams. In 2016, this was down to 16km per hour. This problem can be partially addressed with engineering solutions to deliver both separation and traffic priority. For the biggest impact, a mature debate in the community is required. This should embrace;

While this issue cannot be solved overnight, other changes that have been introduced or are being planned will improve the network. The future of tram travel is the premium line strategy being rolled out on Route 96 that will deliver a coordinated program of initiatives to improve all aspects of the tram service. The success of this strategy will see;

These improvements are due to the introduction of the new E-Class trams, which are modern, safe and accessible. Also important, are changes to traffic priority, stop design and investment in information for passengers both at stops and via digital and web-enabled devices. These ideas will help to future-proof the network, with provision made today for the longer trams of tomorrow. The success of Route 96 will play a key role in creating the future tram network. 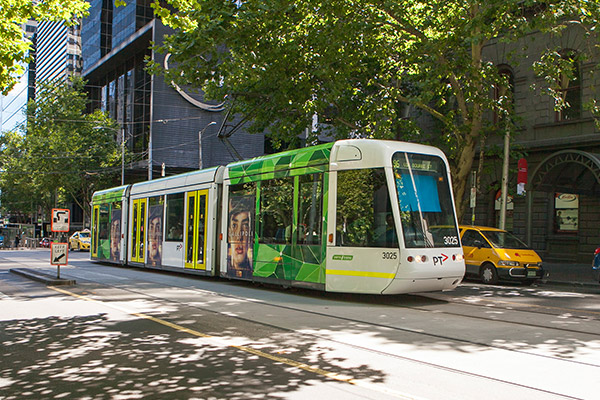 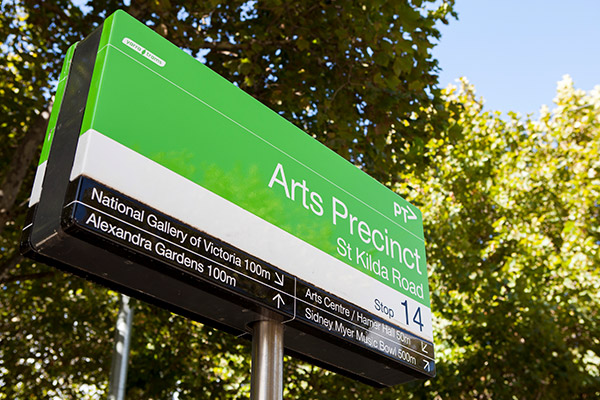 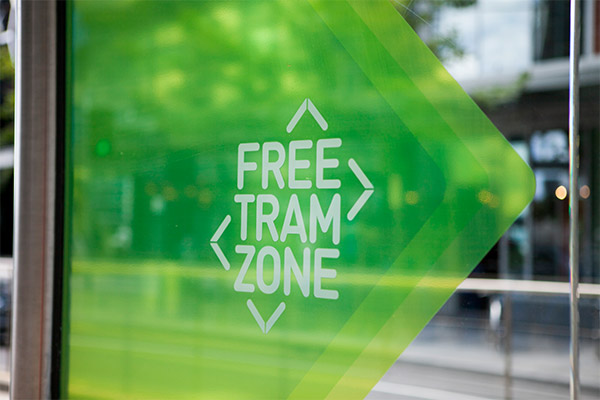 Visit the Yarra Trams website to learn more about our network

Thinking like a passenger is central to Keolis Downer’s approach. It guides Yarra Trams to make the changes necessary to improving passenger outcomes, whether they pertain to information, personal security, service design, reliability and the other factors that determine overall customer satisfaction.

Some of the initiatives underway include;

Customer satisfaction is already at record level (75%), but we aim to achieve a rate of over 80% as these projects and others deliver improvements that are noticed and appreciated by customers. 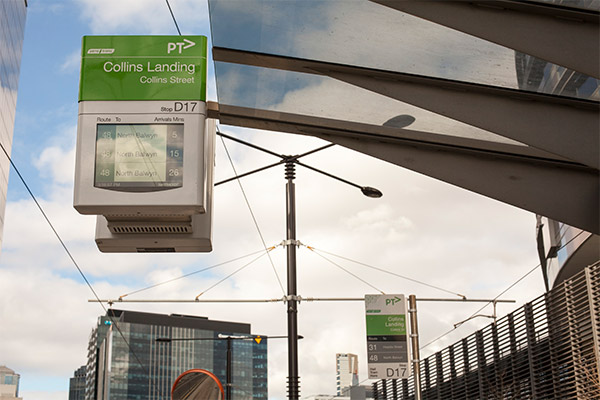 The safety of employees, customers and anyone else who comes into contact with the tram network is the overriding responsibility of the company. The key areas of focus include reducing the number and severity of;

We are pleased to note that the number of tram-to-vehicle collisions has fallen by 25% in three years due to community awareness that was driven by the successful ‘Rhino’ safety campaign, better engineering solutions, and more newer trams with better stopping ability.

We have seen encouraging results in relation to employee safety after introducing better systems and processes to avoid injuries and ensure a timely return to work. The total recordable injury frequency rate (TRIFR) for Yarra Trams has improved by 40% over the past five years.

Collecting, analysing and sharing information is paramount at Yarra Trams.

In recent years, Yarra Trams has invested in tools and processes to analyse vast amounts of information about the network. The data is used to ensure accountability for plans and outcomes; to make better decisions; and to improve customer outcomes, safety and network efficiency.

The visualisation room at the Tram Hub (Yarra Trams headquarters) provides an evidence-driven methodology for delivering high-performance targets captured in the business plan;

Accountabilities for actions and targets are each registered against one of the senior executives. If data shows that an indicator is heading in the wrong direction, the relevant executive sees to the creation of a cure plan. Because most tasks require the support of multiple teams, this also puts a high level of cross-business accountability on display.

The CEO uses the data to manage his direct reports, and it cascades throughout the business. The Board applies a similar philosophy to the entire Keolis Downer team. This approach is producing results, with improvements seen in customer satisfaction, business efficiency, revenue protection and engagement across the business.

Transparency is also a key factor in making this new approach effective. Everyone in the business has access to the visualisation room and the events calendar. This visualisation approach, pioneered in Melbourne, is also being replicated in Keolis subsidiaries overseas.

Ensuring that customers of the network pay their fare is a key focus. The introduction of myki coincided with a spike in fare evasion, but now that the system is functioning well, travellers have adapted their behaviour, and revenue protection activities have become more effective. As a result, the level of evasion has dropped to a record low of 4.8%.

Keolis Downer is committed to developing a workforce that reflects the community within which we operate. This means embracing the thriving multiculturalism of Australia’s most cosmopolitan city and promoting gender diversity and support for people with a disability.

Yarra Trams’ Driven Women program has helped to support greater levels of participation by women in our workforce. Yarra Trams secured an intake of 100% female drivers for the first time in 2015.