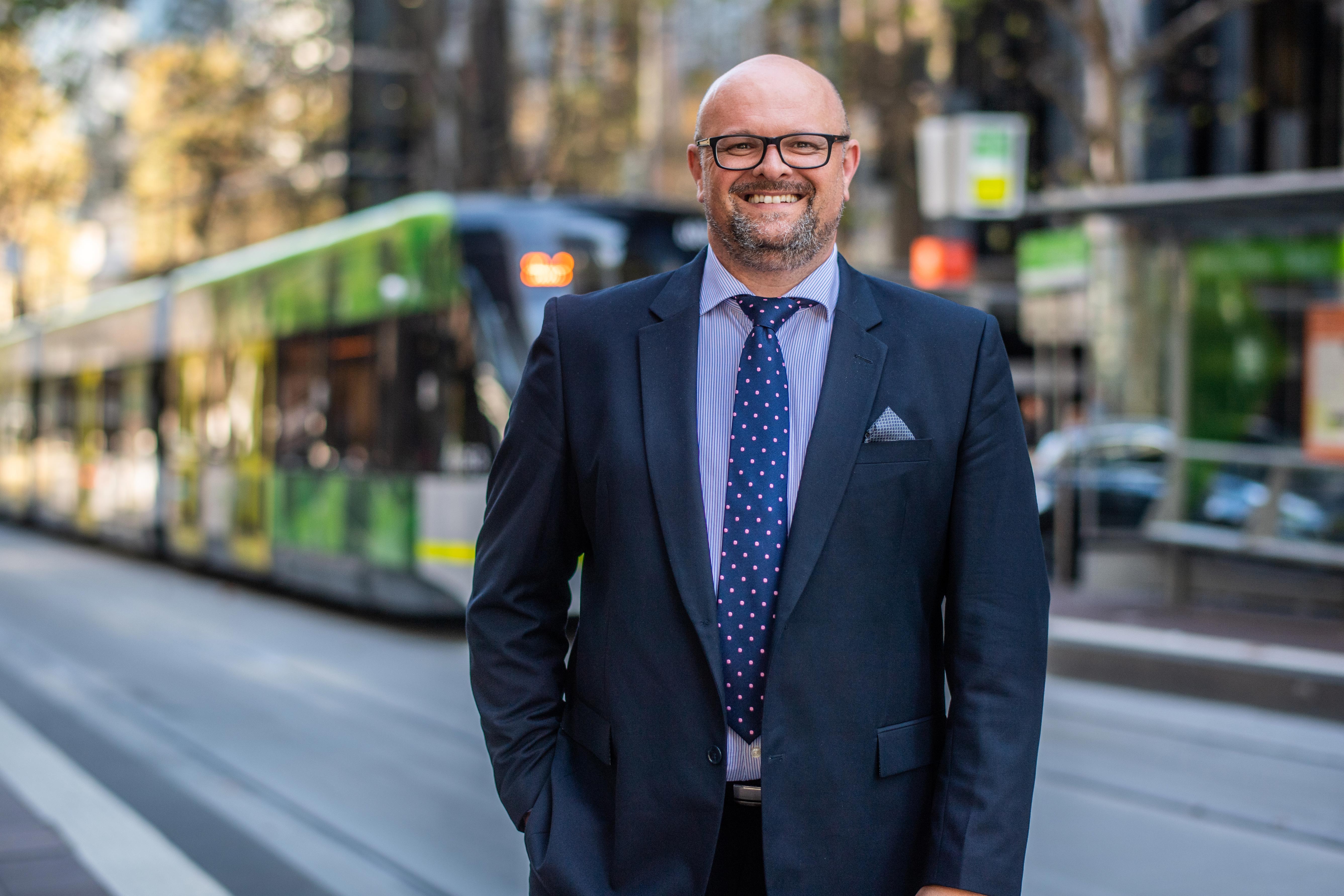 Keolis Downer, which will run Adelaide Metro train services from 31 January 2021, has appointed Robert Tatton-Jones to lead the expansion of the company’s operations in South Australia.

He brings a wealth of rail experience to Adelaide having held several executive and leadership roles in operations, manufacturing and engineering companies in Australia and the UK.

Robert comes to Keolis Downer Adelaide from Yarra Trams, where he was Chief Operating Officer. Under his leadership, Robert brought together all operational areas of the business including Lines, Rolling Stock projects and maintenance, Infrastructure, and Planning and Performance.

This has improved co-ordination between teams and created a stronger focus on passenger experience, leading to better customer outcomes. His changes created streamlined operations during COVID, leading to a more passenger-focused response, while operational performance and Rolling Stock availability have both been high. This has allowed the delivery of important infrastructure maintenance and renewal works.

Robert started his career more than 28 years ago as an apprentice train maintainer. He has progressed to assume several key executive and leadership roles at organisations including Metro Trains Melbourne, Siemens, and infrastructure firm AECOM.

“I am delighted Robert will soon join our team in Adelaide,” said David Franks, CEO of Keolis Downer. “He has all of the skills required to deliver on our commitments to increase passenger numbers, ensure high standards of safety and performance, and constantly keep a strong focus on our customers.”

Robert said: “I am excited by this opportunity and the rail transformation project in Adelaide, which will ultimately enhance services and encourage more people onto public transport. I look forward to leading Keolis Downer Adelaide’s partnership with the Department for Infrastructure and Transport to bring innovation to the passenger rail network. We are particularly excited to maximise the benefits of the improved network through the electrification of the Gawler line.”

Keolis Downer is a leading operator and integrator of public transport in Australia. With nearly 5,000 employees and a presence in five states, Keolis Downer enables 350 million passenger journeys per year. We operate and maintain the largest tram network in the world in Melbourne (Yarra Trams), the light rail network on the Gold Coast (G:link), and more than 1,000 buses in NSW, Western Australia, South Australia and Queensland. From 31 January 2021, we will also operate the Adelaide Metro train services. Established in 2009, Keolis Downer is a joint venture between Keolis, a leading public transport operator established in 15 countries, and Downer, the leading provider