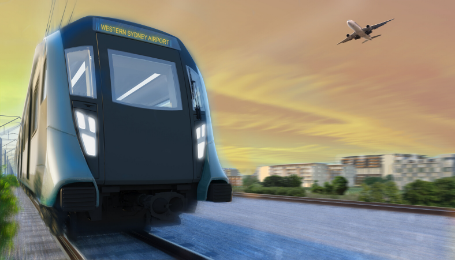 Bradfield Metro Consortium, a partnership of leading metro specialists from around the world, has been shortlisted to build the Sydney Metro – Western Sydney Airport.

The Sydney Metro – Western Sydney Airport line will become the transport spine for Greater Western Sydney, servicing the new Western Sydney International (Nancy-Bird Walton) Airport and supporting the development of Western Parkland City. The contract includes the construction of six new metro stations, provision of the rail infrastructure and systems required for the supply, commission and operation of the new trains and management of the Sydney Metro – Western Sydney Airport line. Three consortiums have been shortlisted and the contract is expected to be awarded at the end of 2022.

Hitachi, FCC Construction Australia, Keolis Downer and John Laing have joined forces to form the Bradfield Metro Consortium, a compelling partnership designed to optimise the delivery of this significant project, leveraging the specific expertise, experience and resources of each partner.

Bradfield Metro Consortium’s trains and systems lead, Hitachi Rail, is the only international technology provider which also operates and maintains driverless metro networks. Hitachi Rail has been contracted to deliver 14 turnkey GoA4 metro projects and has delivered more than 270km of driverless systems worldwide. Hitachi Rail technology enabled Australia’s first GoA4 system for Rio Tinto’s AutoHaul™ in WA – the world’s largest driverless network, with 1,700 km of freight railways. Hitachi is already working closely with the Western Parkland City Authority as one of the NSW government’s foundation partners for the Western City Parkland, and in October 2019, signed up to be the first tenant at the Aerotropolis.

FCC Construcción is bringing its international rail construction expertise to Australia to focus on this project. FCC Construcción is specialised in urban transport infrastructures. It has built more than 326 kilometres of metro lines and 172 stations around the world (including Line 9 of the Barcelona Metro). It is currently building the largest metro contract in the world: Lines 4-5-6 of the GoA4 Riyadh metro in Saudi Arabia.  FCC Construcción has more than 120 years of experience, in which they have constructed more than 30% of the Madrid metro (Spain), lines 2 and 4 of the Lima metro (Peru), Doha metro (Qatar), Toronto subway (Canada) among others.

Keolis is a world leader in driverless metro operations, with key references in Dubai, Qatar, the UK, India, China and France. The group started operating the first GoA4 metro lines in Lille in 1983, and now manages more than 22 GoA4 lines and 139 stations. As one of Australia’s leading multimodal public transport operators with over 250 million passenger journeys per year, Keolis Downer is bidding for the operation and maintenance of the new rail system for the next 15 years, in partnership with Hitachi Rail. It brings significant experience in driverless metros and knowledge of the Australian transport market, with rail operations in Adelaide, Yarra Trams, Gold Coast and Newcastle.

John Laing is a leading international investor and manager of PPP projects and low-risk mid-market infrastructure businesses across a range of sectors, including transport, energy transition and digital infrastructure.  John Laing brings access to long term capital and significant expertise to develop new projects, with a track record of having developed and managed over 150 assets across the UK and Europe, North America, Australia and Colombia. In Australia, John Laing has invested more than A$1 billion of equity in projects, including the Sydney Light Rail, Melbourne Metro Tunnel and Stations and Queensland’s New Generation Rollingstock.

The Bradfield Metro Consortium takes its name from visionary and renowned engineer, John Bradfield. Bradfield designed and oversaw the construction of both the Sydney Harbour Bridge and Sydney’s original railway network; and has also been honoured as the namesake for Sydney’s new airport suburb, that sits just north of Bringelly.